Ballad of the Bedsit single

by A Fine Day for Sailing 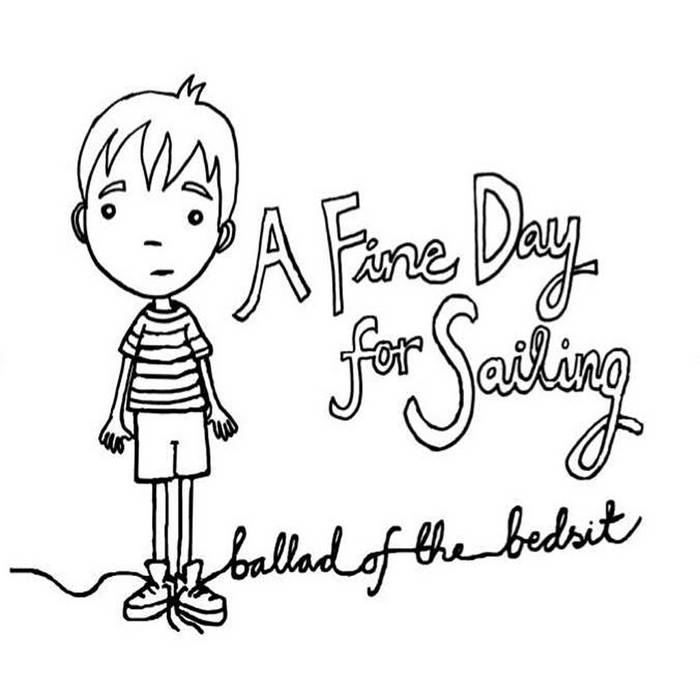 The first of only two releases from the London version of A Fine Day for Sailing.

In 2011 I moved to London. The bookshop had closed down and I'd been working in libraries, which I loved. Somehow though, I always felt the need to come to London, where they say it all happens. It was true, it really did all happen. Within a few months I had a brand new band and we were up to a seven piece including cello and violin. Jen was living in Brighton so we started making music together again for the first time in a couple of years, with the help of our old friend and ex-Devonian Jacob Chivers on drums. Thom Allott replied to an ad I put on the Anorak music forum for a bassist and after that Sharon Leach joined on keys, Lauren Palmer on cello and Caroline Honour on violin.

We got a really nice big sound and started playing a few gigs. The year that followed was a whirlwind. I organised a libraries benefit involving us, Jens Lekman and loads of good indiepop bands that sold out in under a minute. We played How Does it Feel presents, Librarians Wanted and got to perform on the main stage at Indietracks. It was a brilliant year.

The only bad side was that we were so busy we barely had time for recording. I found this really hard and I'm sure this was part of one of many reasons we split up a year or so later.

I'm really proud of the two singles we did do. They were both recorded at Soup studios with by Simon Trought and Mike from Allo' Darlin. Leo added a bit of guitar to this first single by the magic of the post!

This one was released on Dufflecoat Records on 7" vinyl. This was the only London AFDFS to get proper radio play, this time on Gideon Coe.

A Fine Day for Sailing UK

Bandcamp Daily  your guide to the world of Bandcamp

New sounds from Mavi, Ivy Sole & Moderator, plus AJ, the One joins the show, for her latest release